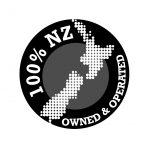 Place the first eight ingredients in a large zip top plastic bag and shake to mix before adding the trimmed pork. Marinate in the fridge for at least 2 hours, turning occasionally.
Place the pork and the marinade in the slow cooker, cover and cook on high for one hour. Reduce to low and cook for six hours.
Remove the meat from the slow cooker and cover with foil to keep warm. Add the chicken broth to the sauce in the slow cooker and cook on low for 30 min until the sauce thickens. Shred the pork with two forks and serve with the sauce.